Prepping the Kitchen for Cookbook-2

For the past ten years or so, I’ve felt very lucky to have a work schedule that gives me every other Friday off. In a two week pay period, week-1 has me working four 9-hour days and one 8-hour day. While week-2 lets me work just four 9-hour days. But when I have a “short” weekend, it’s hard to get everything done.  You guessed it — this is not my three-day weekend, and my mind has been racing as I try to begin the next incarnation of our interactive serial.

I’m not quite ready to dive right into the new “cookbook.”  Any kitchen needs preparation before cooking up a feast. So for as another prelude, I’m going to interview the Daisy character.  I hope it entertains you.

Teagan:  Welcome Daisy. Thank you for taking physical form to kindly speak to everyone.

Daisy:  It’s my pleasure, Teagan. I’m happy to have a chance to tell your readers that they needn’t fear me as an apparition. I truly am a kind soul. While I would like to see justice for my murder, I don’t think I’m a vindictive sort of spirit. Although none of us knows what we’re capable of until we’re put to the test.

Teagan:  Of course.  These stories are always meant to be “in good fun” and harmless, though I hope I add some suspense and excitement along the way. (Smiles.)

You told Pip that you didn’t know who killed you.  (Daisy nods.)

But I gather that you have some suspicions, or at least some doubts about some of the people who are alive in the timeline of our culinary mystery.  (She sighs, and takes a 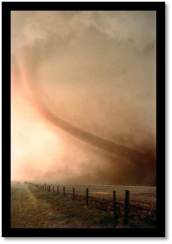 Daisy:  Things were very different then — a world away from your own world, Teagan.  My family was dirt poor, and sometimes my father gambled.  That usually ended badly. Female children often weren’t valued. My parents figured the best they could hope for was to marry me off the first chance they got.

But one spring there was a bad tornado.  You haven’t told about it in the story, but it was the same tornado that orphaned Pip’s granny.

Teagan:  That’s right.  The “ingredients” haven’t taken the serial to Granny Fanny’s past yet.

Daisy:  Well, we were luckier than Miss Fanny’s family. The tornado took most of the roof off our house, but we all got to the storm cellar.  However, we lost our cows and the crops were devastated. In desperation, my father gambled with the last cent they had.  He lost.

I was horrified to learn that he tried to sell me to Henry Kingston to cover his gambling losses. Until then, I never realized how little my parents valued me.  So I was hurt by those events in many ways.

Everyone thought Henry Kingston was taking me as his dainty dish, a tart, little more

than a harlot. Frankly, it was what I expected too.  I can’t tell you how frightened I was when my father left me with a strange man who worked for the Kingstons. He dumped me in an upstairs room of that big house, and left me there alone.  For hours I stared at the locked door in fear.  I strained my ears, listening all night for the sound of footsteps, or the squeak of the doorknob turning.

However, no one came.

The next morning a young maid came to help me draw a bath and give me a clean dress.  It was a hundred times nicer than the one I wore… the only dress I had left after the storm.  Her name was Hortense.  Later she became the Kingston housekeeper.  She was kind to me, but she seemed to always be nervous or even fearful. I was happy to see that in later years she got over whatever bothered her back then.

Henry Kingston treated me like a guest in his home.  But whenever I left the house, people were unkind to me.  Some called me names. Some children even threw rocks once.  I cried when I understood that it was because they thought I was just… you know… (Daisy looks down at her hands, folded in her lap.  A tear lands on the back of one hand, just below a wedding band.)

Teagan:  Kingston was kind to you. Did he really fall in love with you?

Daisy:  (Smiles fondly) Yes he did.  And I loved him too. The last time I saw my parents, they were arguing with Henry.  No one realized I was within hearing.  Henry told them I was not his prisoner or anything else. He said they could take me home, as long as my father never gambled again.  I was stunned when they said it would be a burden, and then asked in a very accusatory way if Henry was going back on his word.

It hurt me deeply.  As I got older I realized that my family had always behaved indifferently to me. I tried to reconcile myself to it… that was just how it was.  You know?  (I nod.)

Soon Henry and I were married. The Justice of the Peace came to the estate house.  Henry invited a few of his closest friends.  They were polite and even charming that day.  But they always acted sort of cool toward me. Their smiles never reached their eyes.

And my step-son, Henry III… he told Pip the story of why he’s the third, rather than Henery II.  Anyway, little Henry never accepted me.  He often said cruel things — when his father wasn’t in the room at least.  He and his friends… they were bullies.  I hate to say it, but I was afraid to be alone with those boys.

Teagan:  You don’t think the boys… Did they have something to do with your death? 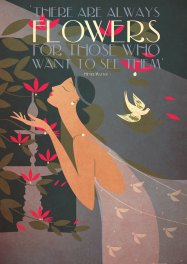 Daisy:  As I said, I don’t know. The boys truly were cruel. However, there were plenty of people who were jealous.  Others were resentful and it showed in various ways.

Also, Henry was a wealthy man. To my knowledge, he was a good and honest man… But that was a time when business was not typically discussed in front of the women folk. Sometimes he seemed more worried than I thought he should be for ordinary business things.

Teagan:  I get the impression that your happiness with Henry was always overshadowed by the attitude of other people toward you.  I guess they thought he “married below his station” as they used to say.  (Daisy nods.)

So you think it’s possible that someone killed you, whether deliberately or maybe accidentally, to get at your husband?  Or maybe you just got in the way when they meant to hurt him.  Collateral damage, as some might say.

Daisy:  I’ve had a long time to think about it… and I just don’t know.  However, some people make a chill go over me when I see them.  My step-son for one. Bradley Binghamton, who grew up to become a bishop, of all things!  When I look at him, there

is just something that bothers me. I can’t put my finger on it. He and his brother, Byron — and Charlie Childers, the man with the chihuahua? Those four boys were thick as thieves.

But it isn’t just my doubt about the boys that leaves me restless. There were others.  Queenie for one. The years have been kind to her, but she isn’t much older than my step-son. Her beginnings were poor too, but not so poor as to prevent her looking down on me — and resenting my suddenly improved status. She behaved spitefully toward me.  You already know how vindictive Queenie Wetson is.  She is inordinately pleased to have seduced my step-son, mostly because she thinks it takes a jab at Henry and me.

Also there are plenty of townspeople who have passed on who made me wonder. It would be even harder for Pip to prove one of them had something to do with my death.  But if Pip can tap into her unused gifts, I think she can figure out what happened to me.  I think she can help me be at rest.

Teagan:   That seems like a tall order for Pip.

Daisy:  Well, she will do the best she can.  I’ve no doubt of that. I hope she succeeds in finding my killer.  But if she does not, it is not my nature to hold it against her.

However, I admit to feeling a little guilty. In helping me, Pip might open herself to things that are even more dangerous than Queenie’s gang of bootleggers.  Murderers, yes. But supernatural things too.

Teagan:  Thank you Diasy, for gracing us with your presence.  I wish you peace.

(Daisy smiles and fades from view.)

22 thoughts on “Prep for Cookbook-2: Interview with Daisy”