Welcome to Atonement, TN everyone.

I’m giving myself a break this weekend and doing a rerun.

But first… I’m revising this post. I wanted to share something new with you, even though it has little to do with this post.  Monarch butterflies.

The butterfly is a symbol of transformation. One thing for which people who analyze books look is growth or transformation in characters. One particular character in Atonement, Tennessee changes, but that would be a spoiler, so I won’t go there. However, the heroine begins to grow, maybe even spread her butterfly wings.  Yet as in real life transformations are not always successful.

Now that I’ve tied it to this post, here’s something lovely that Google brought to my attention; a news article and a video.

“What Is the Mountain of Butterflies?”

This character interview was also posted two years ago.  I had just released my debut novel, Atonement, Tennessee.

I’m delighted that many of you have been with “Teagan’s Books” that long.  For those of you who are newer, I hope you will enjoy this interview with the main character.

Teagan:  Welcome Ralda.  Thanks for stepping outside of Atonement, Tennessee for this interview.  Forgive me if I’m not great at this – I’ve never interviewed one of my characters before.  Help me avoid giving any spoilers in this!  (I laugh.)

Ralda:  That’s no problem.  I already know that you used assorted bits of yourself not just for me, but for all the women characters in Atonement.

Teagan:  Yes, that was the only way I could write an entire novel in thirty days – for the 2012 National Novel Writing Month.  However, you are your own woman.  You’re not my alter ego, even if there is a good bit of me in your character.  But this interview is about you, not me.  So, are you really a small town girl at heart? 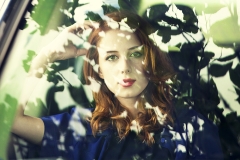 Ralda:  I should have known you wouldn’t let me get away with controlling the interview.  (She jokes.)  Not exactly.  I’m more of a city girl who prefers small towns.  I don’t think that’s quite the same thing.  Despite all the crazy things that have happened since I moved to Atonement, TN, I like the town and the people.  There is always more to the people than I expect.  Plus I feel like it’s the kind of place where I never know what might happen.  I mean, it’s interesting.

Teagan:  What do you think about Gwydion?

Ralda:  Ugh!  I knew that was coming.  I try not to think about him – or Cael for that matter.  Gwydion is undeniably handsome and charming, and sometimes I admit that I’m attracted to him.  But…

Teagan:  But you don’t trust him?

Ralda:  (She sighs and slouches back against her chair.)  I’m not a trusting soul.  When I ask him a question… it’s not that I think he’s lying.  But I always feel like he’s leaving out something; like I’m hearing a partial truth.  So how could I trust him?  Besides that, it seems like odd little things happen when he’s around.  I don’t know how to explain that, but it doesn’t help me trust him. 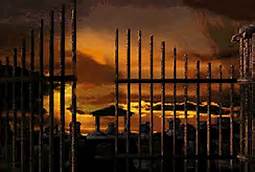 Teagan:  Speaking of souls…I understand your new home has a cemetery.  (She shakes her head as if she can’t believe that herself.)  How do you feel about having a graveyard on your property?  Also, is one of the graves that of your ancestress?

Ralda:  I admit it was a creepy idea at first.  But I was so drawn to the house, Sunhold, that I tried not to think about the cemetery.  I sort of ignored the fact that it was part of my new home.

Teagan:  I’ve noticed that seems to be how you handle things that bother you – deciding not to think about them.  (She looks at me archly, but then sheepishly.)  I’m sorry – please continue.

Ralda:  I realize that – thinking about something later, is not one of the traits I get from you.  Don’t even try to figure it out.  It’s old baggage.  Like I said, at first I thought having my own cemetery was creepy, and right off the bat I had a frightening experience there.  However, I quickly came to feel protective of the old place.  It was overgrown, and unthreatening.  It has a certain kind of beauty.  It seems contemplative, peaceful, and oddly vulnerable.  There is something special about that old cemetery.

As you know, Ralda is a nickname I chose.  My given name is Esmeralda.  One tombstone in the old cemetery has the name Esmeralda Gwynedd.  My friend and neighbor, Bethany, is absolutely determined that it is an ancestress of mine.  We’ll have to see how that plays out.  You said not to give any spoilers.

Teagan:  True.  With spoilers in mind, maybe we should leave it at that.  At least for now.  Thanks Ralda.  I know you’d much rather be in Atonement, TN than in DC talking to me.

Atonement, Tennessee is available in the following formats: