Welcome back to Atonement, TN – and happy New Year one and all!

WordPress sent around the yearly stats.  I’m pleased to say that the numbers for Teagan’s Books went up a little.  However, the interactions with all of you here are immeasurable to me.  Thanks to each and every one of you for all the heartening comments.  You know I always need the encouragement.

Here’s a special shout-out and a big thank you to the most active commenters for 2015:

I hope you explore other blogs and make new friends while you’re here.  Following are links to the fab five WordPress listed. 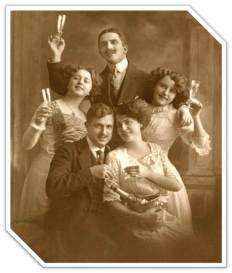 I’m not going to give any words of wisdom for the close of 2015 because I’ll make myself cry.  I hate crying as much as I hate getting sick, and 2015 gave me too much of both.  So to ring in this brand new year I’m giving you a whimsical bit of nonsense.

People usually laugh when I toss out a “southernism.”  So this New Year’s Day I’m listing some southernisms and the Atonement, TN characters who might say them — along with the character’s New Year’s Resolution.  I hope you’ll enjoy it.

When Racine Mabry said “Well Butter my butt and call me a biscuit!” it was endearing.  However, Racine can be a difficult friend.  Racine’s resolution was to stop being a victim of circumstance. Although her methods for achieving this might be questionable.

Of Chip, who delivers pizza and newspapers in his classic 1971 Chevrolet Rally Nova, they’d say, “He’s so skinny, his pants had only one back pocket.”  (Give Chip time – he’ll be a fine figure of a man one day.)  Chip resolved to keep saving his tip money… to get chrome rims for the Chevy.  (Come on… he’s young.)

Dale and Donny (Annie Metatron’s handsome sons) are regarded by the women of the town as being hotter than Hell’s pepper patch.  Both young men resolve to travel the world one day.  Although they’ve begun to wonder if some danger underlies the caution of their protective mother and aunt.

Marge Tipton, is the owner of L.O.L.A. Lola’s Diner.  Her employees say she could start an argument in an empty house, but they’ll admit she’s fair.  Marge gets madder than a wet hen when she has to bail her brother Tracey out of trouble.  She resolved to make Tracey stand on his own two feet… if he’ll stay sober long enough.

When Tracey Tipton ran his houseboat aground after one beer too many while out on the lake, they said he was about as sharp as a mashed potato.  Tracey might have a reputation as the town drunk, but sometimes it’s the impossible things he sees that make him run off the road – no alcohol involved.  Tracey resolved to get professional help – if he could find anyone who’d believe what he’d seen.

Not to speak ill of the dead, but most anyone in Atonement, TN who knew old Mr. Pickens would tell you:  He had a mind dirtier than two ticks mud-wrestling in an outhouse.  Mr. Pickens resolved to leave his wife for the unearthly dark-haired beauty he’d met one night in the cemetery across the road from his house – if he ever saw her again.

Mrs. Pickens, may the good Lord rest her soul, knew that most folks also said Mr. Pickens was so ugly his mama took him everywhere she went so she wouldn’t have to kiss him goodbye.  Mrs. Pickens loved him despite all his flaws.  She lived a good many years after her husband went home to be with Jesus.  She resolved to keep their old house across the road from the Sunhold cemetery in memory of her husband, because he said he enjoyed looking at the peacefulness of the cemetery.  And she did keep it, even though the things she saw in the graveyard scared the livin’ daylights out of her.

Ralda Lawton moved into the old Sunhold estate and townsfolk were a little shy of anyone who’d willingly live there.  So they said she was citified.  If they had their druthers, they reckoned they’d rather see a local person take over the place.  But she didn’t seem like such a bad sort, once they got to know her.  Ralda resolved to make her “sabbatical from relationships” permanent.  Who could blame her after the things she’d experienced in Atonement, Tennessee 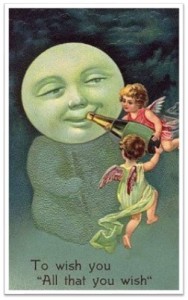 Here’s wishing you all that you wish in 2016.  Say hello by leaving a comment.