The New Year’s celebration is finally wrapping up, here at Jazz Age Wednesdays.  Chris Graham, the Story Reading Ape! collaborated on a story with me that started here.  I couldn’t resist keeping the tale going for a few episodes.  However, today I present my conclusion.

Part-1 (here) began with Chris’ character, Artie — a genius time traveler chimpanzee determined to meet up with Pip again.  In Part-2 (here) we left Artie and Mona being pursued by the police.  Now, the conclusion. 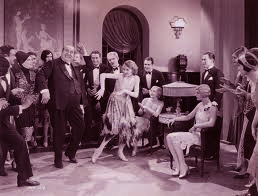 The Christmas tree still stood in the parlor corner.  Granny and I had made the decorations for it.  I frowned at the strings of popcorn, remembering how many times I stuck my finger with the needle when I made them.

Light reflected on the German-made glass ornaments of which my grandmother was so proud.  They were shaped like things from a Nativity scene, although there was one I just couldn’t identify.  To me, it looked a lot like a motorcycle, but that couldn’t be right…

The shiny ornaments reminded me of that labradorite pendant I found at the corn maze site.  I thought it would look darb with my costume.  So, I hurried to my room and took the gem out of my little jewelry box and hung it around my neck. 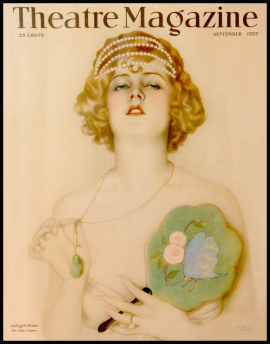 A loud peal of thunder shook the cottage.  I figured Miss Olive’s prediction of a severe storm was about to come true.  Then I heard the coppers’ sirens, so I hurried to the parlor window.

Sure, enough it was a police vehicle.  A Ford was right behind it.  Oddly, I couldn’t see anybody they might have been chasing.  Both automobiles slowed and stopped.  A tall man got out of the Ford and talked to the officers for a moment.  He made broad, frustrated seeming gestures as he spoke.

The man was Detective Dabney Daniels.  He headed up the walkway as the police vehicle turned around and drove away.

At the same moment I heard a loud commotion from outside, in the backyard.  I felt the need to see what that was, but I knew Granny would have my hide if I didn’t politely answer the door.

I met Daniels at the door and asked what was happening.

“Some hood on a motorcycle got balled up and went the wrong way on a one-way street near Union Station.  Speeding too.  There was a flapper on the back of the bike.  When he headed this way, for a minute I thought the girl might be you.  Then I saw she had dark hair,” Daniels said as he took off his fedora hat.  “Anyhow, I don’t know how he managed it, but he gave us the slip.”

He finally noticed my attire and looked at me like I must have escaped from the looney bin.  People were wild for anything to do with Egypt or the Orient.  So, I wanted my costume for the party to be from either one or the other.  I finally put together a costume that looked like Dürrüşehvar, an Imperial Princess of the Ottoman Empire.

It bugged me to death that nobody knew who I was.

“I’m on duty,” Daniels began, but looked hopefully toward the hallway.  “I can only stay a moment.”

“Everyone is either in the dining room or the kitchen getting food,” I told him.  “Go on back and make yourself at home.”

Movement at the corner of my eye caused me to glance out the window again.  Cinnamon Bun!

Granny’s Flemish Giant rabbit shouldn’t be out of his hutch, but there he was in the front yard.  I guessed that was what the noises I heard out back were.  Then I saw two people chasing him ― a man in a suit that made me imagine a formal military uniform from some strange country and a flapper.

“Mona!” I cried and ran outside.

“Pip!” my friend exclaimed and hugged me.  “I remembered you describing Cinnamon Bun in your letters.  I knew your grandmother wouldn’t want him running around, so we were trying to catch him.  We ran into his hutch when we… err… when we stopped,” Mona told me in a rush.

Cinnamon sat up tall on his haunches when the man offered him a treat.  I could tell the big bunny liked the guy.  Then he turned toward me and took off his cap.  He grinned when recognition spread across my face.

“I had to do a mini-jump with my portable time machine to evade the police,” Artie said sheepishly.  “When we popped back, we bumped the rabbit hutch.  I sincerely apologize.  Nothing was harmed, but the door was knocked open, and this magnificent rabbit got lose.” 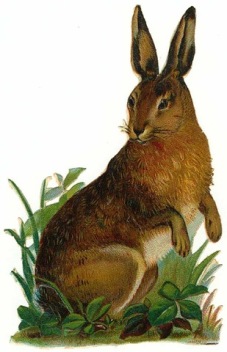 Artie looked embarrassed.  I could tell that he was humble for a genius.

“The time machine still has some bugs in it.  It had trouble locking onto the transponder, but I see you found it,” he said with a grin as he motioned toward my labradorite pendant.  “So, Mona and I accidentally took a detour to Germany, a decade or two ago.”

Artie gave me a bright-eyed look and in a devil-may-care tone asked me when I’d like to visit.  With all of the world and all of history to choose from I was dumbfounded.

“Cat got your tongue?” Mona asked.

“Your costume gives me an idea.  Would you care to see the Ottoman Empire and meet the real Begum Sahiba Hatice Hayriye Ayşe Dürrüşehvar Sultan?” Artie offered.

He knew!  This talking, time traveling, genius chimp knew who my costume was supposed to be!

“No phonus balonus?  We could really go there?” I asked.

He nodded and Mona grinned.

“Granny Phanny will never even know you were gone,” Mona winked and told me.

“You realize of course, that you can’t tell anyone about this escapade,” Artie told me with a regretful expression in his big brown eyes.

“I guess they’d think I was spifflicated if I did,” I muttered.  “Okay.  Let’s get a wriggle on!”

Horsefeathers!   It’s too bad Pip can’t tell anyone about her time travel adventure.  I guess that’s why it is not mentioned in her novels!  I’ll leave all you sheiks and shebas to imagine the endless kinds of trouble Pip, Artie, and Mona got into for that little jaunt through time and space.  Thanks for visiting.  You’re the cat’s pajamas!

Now, for that shameless self-promotion… Here are the links to the books about Pip and her friends.