In case you needed a boost to get over the midweek hump, I’m here with a launch party!

John W. Howell is one of the most supportive bloggers I know.  He’s also a fantastic writer of suspenseful, thrilling fiction.  John has just re-launched the first book in the John Cannon trilogy, My GRL.

Not only that, it’s story day at his blog, Fiction Favorites. So be sure to check out the misadventures of Lucas, Alice, and the sheriff.

Oh, don’t forget, today is also National Pig Day, so we’ll party that much harder, with Deme and Honeybell.  Plus it’s St. David’s Day.   Wow, look at all the celebrating we need to do!

Now, I’m handing things over to John.  He’ll tell you all about the star of this party, My GRL.

Announcing the Re-launch of My GRL

The cover is new and the book edited once again to enhance the experience. What is really nice is the price has been cut for the introduction. You can buy the kindle version for a special introduction price of

John J. Cannon successful San Francisco lawyer takes a well-deserved leave of absence from the firm and buys a boat he names My GRL. He is unaware that his newly purchased boat had already been targeted by a terrorist group. John’s first inkling of a problem is when he wakes up in the hospital where he learns he was found unconscious next to the dead body of the young woman who sold him the boat in the first place. John now stands between the terrorists and the success of their mission. Amazon for the kindle version

Here is the link to Amazon for the Kindle version

Here is the link to Amazon for the Paper version

Check them out and read the first few pages on Amazon.

Also, you can check out John Cannon’s other two adventures, as well as, the new My GRL at John W. Howell’s Author Page 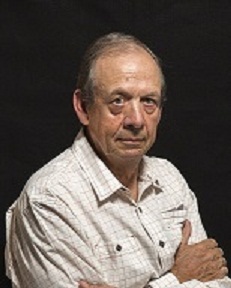 John began his writing as a full-time occupation after an extensive business career. His specialty is thriller fiction novels, but John also writes poetry and short stories. His first book, My GRL, introduces the exciting adventures of the book’s central character, John J. Cannon. The second Cannon novel, His Revenge, continues the adventure, while the final book in the trilogy, Our Justice, launched in September 2016. All books are available on Amazon in paperback and Kindle editions.

John lives in Port Aransas, Texas with his wife and their spoiled rescue pets.

Thanks John!  And thanks to all of you for visiting this launch party!  Click over to John’s blog (here) and wish him “Bon voyage!”