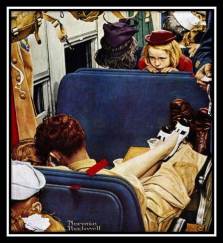 Argle-bargle
Last episode I had found myself a “word of the day” — shilly shally. I had so much fun with it that I found another word of the day to entertain myself, argle-bargle.

While all of you were at the station (and thank you from the bottom of my heart) I’m the one who missed the steam locomotive to the Victorian Era.  Unfortunately I’m studying for a certification exam for my “real” job. You should hear all my moaning and groaning about it. Now that’s argle-bargle…

However, I didn’t want to leave you without something from Copper and her friends.  So I’m re-sharing this character recap, with a few updates.

As the story-line draws close to an end, the spontaneous nature of the serials actually becomes a challenge for me.  By this point there are a lot of things — clues, and loose ends waiting to be tied up by me… I wrote most of this recap post when this serial got to an approximate halfway point. Now I’m updating it.

Characters: Copper, the Alchemist, & the Woman in Trousers

Here are some additions since I wrote about the original characters.

Since I wrote the first character recap, the “three things” you send have brought a few new characters into this story.  The first of those became popular immediately. That would be the Green Fairy, Absinthe.  He is a tiny, winged, green fae, who farts a highly concentrated form of absinthe vapors.  Absinthe’s intoxicating poots are powerfully potent!

The amethyst world is where the submarine belonging to Cornelis Drebbel ran aground. There, almost everything is one shade of purple or another.  As you know, our heroes are running out of time. If they stay too long in that purple place, they may be trapped there forever.

In the amethyst world there is a doppelgänger for nearly everyone in our world. The first person they met there was the amethyst ape, Cal Hicks.  He is the double of Copper’s daddy, and a colleague of the Lord of Alchemy in that purple place.

When the doppelgängers for Felicity, who is the titular woman in trousers, and Copper got too close our friends became very ill.  Copper’s double is Penny, daughter of Cal Hicks.

Initially she was the One-eyed-one-horned-purple-people-eater,  a giant purple dragon.  However, a volatile reunion with her mate, Absinthe, transformed Aubrieta to her natural form. Now she is her true self, the Purple Fairy.  Aubrieta is tiny like Absinthe, but she has one amber eye, and a unicorn-like horn above her eye. I wish I were talented enough to give you a picture of Aubrieta.

We’ve had unusual contraptions as well as characters. You’ll read about the road locomotive and the hydrofoil below. There was of course the submarine, built by the real life Cornelis Drebbel. There was also Ignatius Belle’s paddle steamer. Recently, from one of the “da Vinci papers” discovered in an early episode, you’ve seen the aerial screw. Although most of these contraptions are enhanced by the alchemy of my fictional Cornelis Drebbel, they originated in real-world history.

🙂 Play with innuendo if it entertains you.  However, try to remember that this is a G-rated blog.  😉

First we met the narrator of this serial, Felicity Deringer aka The Woman in Trousers (although the “things” didn’t compel her name until Episode-14).  Some readers say they imagine her as a young Katharine Hepburn, but when I started writing this serial I heard the voice and saw the face of Jamie Murray, as she was in her part as H.G. Wells on the Warehouse 13 television show. No matter what face your imagination gives her, she’s still Felicity.

The Woman in Trousers met dashing innkeeper, Ignatius Belle when she arrived in

the out-of-the-way little town and took a suite at his hotel, the Belle Inn.

Felicity also met shopkeeper, Mrs. Billie Best, who along with her customer were downright mean to an interesting young girl.

That girl was Copper Hixon.  At Best’s General store Felicity first saw Copper, and intuitively realized the girl was the reason she’d been drawn to the far-flung town.

Then we were introduced to the third titular character, Cornelis Drebbel, the alchemist.  I took him right out of the history books… but altered him with an accident of alchemy.  When I thought of the Cornelis character I could hear the voice of American actor, Terrence Mann, and the wonderfully droll tone he could use to such great effect. 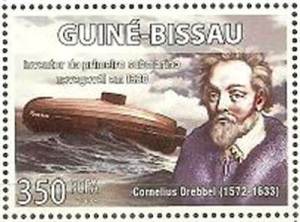 Working at the Belle Inn was Bitsy the maid.  Felicity was pleased to meet anyone who paid no attention to her unusual attire, like Bitsy. You’d have almost thought the maid already knew about Felicity’s odd way of dressing, that’s how little attention she paid to it.

At the inn there was also Cookie, who of course was the cook.  The Woman in Trousers and Cornelis both were delighted with Cookie’s culinary creations.

When Felicity found Copper at home alone, with an unknown dead man and her father missing, some of the townsfolk were uncannily quick to know that Calvin Hixon was in parts unknown. Those people included Ignatius Belle and Sheriff Alvin Bullard.  I saw the sheriff with a bushy mustache, and Timothy David Olyphant seemed to fit the part nicely.

With the sheriff were a trio of officials from the place Copper feared most — Merciful Haven Orphanage.  There was the county truant officer, Claude Dinkley, and orphanage owner and all round obnoxious Ethel Farthing, and her long necked sycophant  Gertrude Hobbs.  They all gave of us an unsavory impression, but particularly Ether Farthing.

Though she tried, Felicity couldn’t prevent the people from the orphanage (and the sheriff) from finding the unknown dead man in (Copper’s father) Calvin Hixon’s study.  His identity was recently revealed, but I don’t want to give any spoilers.  (See Episode 29.)

The sheriff arranged for the undertaker to pickup the corpse later — and the wagon driver turned out to be Ignatius Belle who inherited the wagon and that small portion of the undertaker’s duties.  However, when Sheriff Bullard and Ignatius arrived that evening, they found Felicity injured, and the corpse vanished.  However, Copper, the alchemist, and the Woman in Trousers saw who took it away.

Ignatius Bell wasn’t the only resident of the town to have a dual occupation.  Sheriff Bullard was also part owner in the local mill.

Ignatius Belle is overtly interested in Felicity, but Copper can’t stand him.  Ignatius gave full credit to Cookie and Bitsy for insisting on packing a basket full of wonderful food for him to take to Felicity and Copper.

The culprits who took the body were of course the Naughty Chimps.  Chris Graham, the Story Reading Ape is responsible for their spontaneous addition to this serial.

Our trio also found a letter from Alexander Graham Bell who was interested in Calvin Hixon’s design for a hydrofoil.  Then they found priceless documents written by Leonardo da Vinci secreted inside an owl-shaped lamp.

When three separate groups of villains converged on the Hixon estate (including one with an army of lethal, trained chimpanzees, and a group that seemed to be coming from the direction of the sheriff’s mill), Cornelis was able to fix one of  Hixon’s inventions and they escaped on that Road Locomotive.  The road locomotive was such a hit it was practically a character in its own right.  As the trio made their escape one of the chimps kept repeating the same sequence of gestures.  Copper thought the chimp was using sign language to say “Daddy.”

They hid out at an abandoned church complex with a big building converted to storage and at sometime abandoned.  Within that building they found many interesting and long forgotten items, including a stack of letters that reminded Cornelis of a friend who might be in the general area.

As they eluded the bad guys, they met up with that friend of the alchemist.  He was the grandson of a man who once possessed the skull of Cornelis Drebbel.  That was none other than Alastair Wong — An older version of Alastair the elder had a part in Three Ingredients Cookbook-2, a Ghost in the Kitchen. I could see both the elder Alastair and his grandson who had the same name as Japanese actor, Sessue Hayakawa.

While Felicity and Cornelis recovered from head colds at the abandoned place, Ignatius Belle showed up, and his interest seemed to have switched from Felicity to Copper.  The Woman in Trousers wondered if he had been using her to get closer to the girl, but she dismissed the thought.  However, as the day progressed Ignatius was just too interested in Copper for comfort. Why was Ignatius so interested in Copper, and how was it that he found them?

Then one group of villains caught up with them. Ignatius insisted on using his paddle steamer to lead the bag guys (and their fierce trained chimpanzee) away.  Meanwhile, Cornelis used one of this “tricks” to hide the trio, but Felicity heard a familiar voice from the leader of that group, and it was a woman. Felicity mentally reviewed all the women she met from Copper’s home town, but wasn’t sure to whom the voice belonged.

The trio makes their way to Alastair Wong.  At the Wong family’s pavilion home we met the tiny woman, Victoria, one of Alastair’s relatives.  The pictured, more mature version of Chinese American movie star Anna May Wong could be Victoria.

While at the pavilion, Cornelis revealed to Felicity that Ignatius Belle is Copper’s half-brother. This may explain his interest in the girl, but why is Copper so distrustful of Ignatius?

Now, thanks to an accident of alchemy when Copper’s harmonic tuner got too close to Cornelis, who was actively using his harmonic tuner, magic produced the word “Daddy,” and emblazoned it on a map.  But did the map show the location of Calvin Hixon, or perhaps the location of their foes?  Was Copper’s daddy even abducted? Perhaps he ran away for reasons of his own…

Why are those three nefarious groups after Copper? Do they mean to use her to force Calvin Hixon to invent an amazing contraption for them? Do they want the priceless da Vinci documents?  The group led by a woman already had a hydrofoil… Was she connected to Hixon, perhaps a partner?

As you see, the story has a way to go before the steam(punk) locomotive reaches the end of the line.  Be at the train station next weekend.

I miss all of you!  But I’m studying hard.  Your comments are the high point of my week.  However, I didn’t enable them this time — because I’d be more than happy to let it distract my from studying!  Yes, I’d shilly shally! I hope you’ll say “hello” with a like and a tweet.  See you soon!