I don’t delude myself that my blog serials are “properly” written stories.  They are pure unplanned, pantser fun.  Since I never know what the next episode will bring, I can’t do advance planning so that everything is properly connected from the beginning. Events and characters show up later than is “acceptable.”  I’m aware that flaw exists as this story-line works its way to an eventual close.  Hopefully you can still enjoy this as unanticipated fun.

There have been other unexpected connections for me because of the serials.  I’m very pleased that many of you who comment here are also my connections on my “career network” at LinkedIn.  It was exciting to see that network reach a milestone number, and I was honored to have Dr. Phuong Le Callaway as my 100th connection there.  That was also around the time I started the first culinary serial.

Phuong is successful and admirable in her career.  A couple of years ago, I encountered some completely unexpected obstacles and had little idea of how to navigate them.  Phuong started mentoring me in those unknown seas.  I found her to be wealth of information, and a tireless fountain of support.

However, she isn’t just a business woman.  Phuong has authored several cookbooks!  She was generous with photos from them, so I’ve added a few here.  I’m featuring her book Cooking with Me.  Check out all of Phuong’s books! You’ll also get one of her recipes at the end of this episode.

Episode 30 ties back to early chapters particularly Episode 5. That installment also has an unexpected connection to a famous person in history.

Are you ready to return to the Victorian Era, and the amethyst world? The steam locomotive is at the platform.  All aboard!

When I upended the owl-shaped lamp, I found an opening.  Some very old documents were tightly rolled and inserted into the lamp…

“Oh!  What have we here?” Cornelis Drebbel exclaimed excitedly over the ancient papers.  “Don’t tell me this is what was hidden in the lamp!” he cried and Copper and I both nodded, taken aback by his enthusiasm.  “Really?  The audacity!  To hide such treasures that way.  Don’t you know what these are?”…

… “My dear, these are the work of Leonardo di ser Piero da Vinci!  They are valuable beyond belief,” Cornelis exclaimed.

“The Leonardo da Vinci?” I couldn’t help asking.  “Then they must be at the core of whatever is going on here,” I said with certainty.

The chimpanzee looked contrite, as if there was something he did not want to disclose.  “Viola’s son Von had that family ring he stole from your son.  There was a man who seemed to recognize the ring.  He tricked Von into giving it to him and then ran off.  Von slipped off to track him.  We found them at a fine home that looked a lot like yours.  But when we got there they were both dead,” the chimp explained.

“We took both bodies and hid them,” the chimpanzee added.  “We were afraid of what might happen if the residents of that world noticed the two were doubles.”

Through an accident of alchemy, the submarine in which we traveled crashed on the shores of the amethyst world.  The Green Fairy and Cornelis Drebbel had an animated conversation about the submarine Cornelis invented, and whether it could be repaired quickly enough.  If we didn’t leave the strange purple place soon, we might be trapped forever.  After a moment they rejected using the submarine as a means of departure.

When the missing “chapel chimps” were returned to the amethyst world, a few of them hung back to talk to us.  Cal Hicks sent those chimpanzees back to submarine to retrieve our belongings.  The two fairies, Absinthe and Aubrieta, fluttered ahead of the apes, leading the way.  Copper watched from the laboratory window as they disappeared from view.

The girl stood at a table in the far corner of the long building, tying string around a small bundle of herbs.  I noticed a number of varieties hanging to dry.  Unexpectedly, Copper seemed to know what she was doing.  When I commented on the fact, she told me that she used to help her governess dry herbs.

“Is Viola coming back?” she asked Cal Hicks, the amethyst ape.

Copper nodded as she tied the string into a bow.  “She reminds me of Violet, my governess.  I didn’t want her to go away, but Daddy said she was going back to live with her son Vaughner,” Copper told him with a sad look in her eyes.  “Daddy shouldn’t have let Violet go.  I heard him say her son was a criminal.”

“He did?” I was surprised into saying.  I felt like my brain was pulling threads together that I couldn’t quite grasp.

“Yes.  I heard him tell your boyfriend,” Copper answered with a distasteful twist of her mouth and the glimmer of a dare in her eyes.

“My what?” I exclaimed with a strangled chuckle, but then I remembered her distrust of Ignatius Belle.

There had not been more between Ignatius and me than some light flirting.  In fact, when I saw how focused he had become on Copper, and apparently wanted to lure her away, I felt he had tried to use me.  I had developed my own mistrust of the tall handsome innkeeper, and learning that he was really Copper’s half-brother did nothing to allay my concern.  However, considering that father and son were somewhat estranged, I was surprised to learn Calvin Hixon had confided that information in Ignatius Belle.

“Daddy shouldn’t have made her go live with Vaughner.  I don’t think she wanted to,” the girl said of her governess.  “Anyway, I think Viola looks like her,” Copper added with a sudden grin.  “Or she would if she had been a chimpanzee.”

Another idea clicked into place when Copper spoke.  I looked around for Cornelis Drebbel, but he had popped off somewhere.  Where was the alchemist?  He’d finish my sentences for me and this would go a lot faster.

“He asked me if the laboratory had a kitchen,” Cal answered my question.  “I think the Lord of Alchemy was feeling a bit peckish.”

“Trust Cornelis Drebbel to go looking for a snack at a time like this,” I complained.

Without the alchemist to be my sounding board I spoke my thoughts aloud as I sorted them.  “So… Copper’s father dismissed the governess she loved because he could no longer pay her wages,” I remembered Cornelis figuring out that in the past.  “That woman’s son was a reputed criminal, as Copper told us…” my words trailed away as I continued to assemble jumbled bits and pieces.

“Meanwhile, here in this amethyst world, Voila is the double of that governess.  Viola’s son was a ‘scoundrel’ as you commented,” I added turning to Cal Hicks.  “And the son of the governess a criminal,” I repeated and Copper nodded.

I paced as I untangled the mess.  “So Viola’s son Von met his doppelgänger in our world… and that doppelgänger was the dead man in Calvin Hixon’s study — and he was Vaughner, the son of the governess!”

What a moment of crystal clarity!  If I’d worn suspenders on my trousers I would have given them a snap of satisfaction.  Copper had a wide-eyed expression on her face, but she seemed to have kept up with my summation.  Cal Hicks nodded every step of the way, an intelligent man for certain — or rather ape.

“Vaughner was surely up to some duplicity, since Copper heard her father calling him a criminal.  He stole the signet ring from Von so he could pass himself off as a member of the Hixon family.  He was in the house, sitting at Calvin Hixon’s desk when he died.  So he must have been looking for something.  But did he find whatever it was he wanted?” I questioned.

“I don’t think so.  You’ll see when the chimps get back,” Cornelis Drebbel said as he materialized at my side with a sharp pop.

I jumped, startled.  The Dutchman grinned, as it was his intention to disconcert me.

“Cornelis Drebbel!  Will you please cease doing that,” I insisted for the thousandth time.  “Where have you been?”

The alchemist, originally from the 1600’s, was attired in knee britches with his favorite doublet, which had broad velvet sleeves, slashed with satin.  The broad brimmed hat that matched his ensemble was exchanged for a Stetson, and he wore tooled leather cowboy boots on his feet — both hat and boots were purple, of course.  Seeing me stare at his apparel Cornelis twisted his pointed blonde beard and wriggled his bushy eyebrows, clearly pleased with himself.

“I found my doppelgänger’s closet,” the Dutchman said with a twirl to show off his borrowed accessories.  “He has the most marvelously eccentric taste, don’t you think?”

I tried not to laugh, but I failed.  “Cornelis, you look like a Texan who fell into a Shakespearean fair,” I said and he pursed his lips, deciding how to react.

“I think they’re rather smart,” Cornelis replied, sticking out his lower lip.  “Copper, don’t you agree?”

Copper answered by giggling and hugging the alchemist.  I decided that was probably the safest response.  Besides, I was rather envious of those cowboy boots, just not with that outfit.

There was a commotion at the front door of the laboratory.  The coverall clad chimpanzees brought in our belongings.

He went directly to the large carpet bag Copper had packed with all manner of things.  Cornelis retrieved the owl-shaped lamp.  I gasped.  Inside that lamp, were hidden valuable drawings made by Leonardo da Vinci.

Cornelis upended the owl lamp and removed the priceless da Vinci papers.  He smoothed out one in particular.

“Is that some sort of children’s toy?  A top of some sort?” I speculated as I looked at the drawing.

“Oh no,” Cornelis corrected me.  “It’s an aerial screw.  I think it is the key to finding Copper’s daddy.  And it might be how we get back to our world.”

Will the combination of da Vinci’s aerial screw and the alchemy of Cornelis lead our trio to Copper’s daddy? Or will it lead to a disastrous accident of alchemy?  To find out, be at the train station again next time.

But first, here’s the recipe for this episode. Bon appétit! 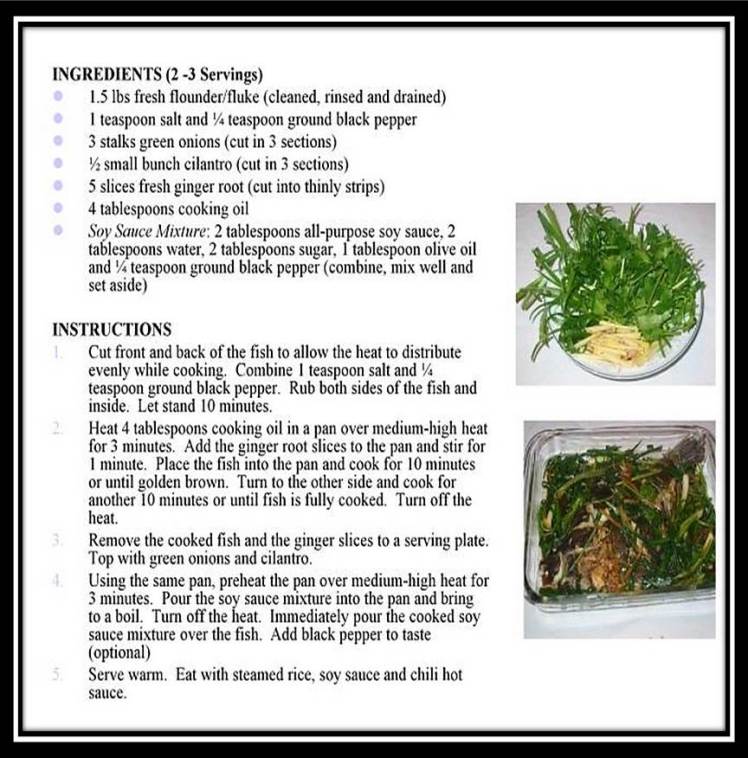