If you’ve looked high and low, and the steam locomotive scheduled to take you to Copper, the Alchemist, and the Woman in Trousers was not at the station…

Well, that’s because there has been a delay.  A cast iron finial fell off the train.  Copper and Felicity are looking for it right now.  Although Cornelis and the Green Fairy appear to be arguing over a board game.  At any rate, Episode-21 requires the cast iron finial.  So until it is back on board, the locomotive is delayed.

But don’t worry, you won’t have to wait long.  Depending on your time zone the steam engine will roll up to the platform by tomorrow.

Meanwhile, take a look at Yadadarcyyada.  The inimitable Donna Parker sent the three things that fueled the train to the Victorian Era for this weekend’s episode.  So stay tuned to see where Ginger Beer, Backgammon, and Cast Iron Finial take Copper, the Alchemist, and the Woman in Trousers! 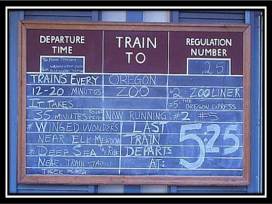 What? Lilith?  You’re supposed to be in Atonement, Tennessee.  How did you get here?

Another of Conrelis Drebbel’s spells backfired and somehow you were caught in it?  Well then, no worries little one. You can have some tuna with Crystal. But I forgot about Donna’s cast iron finial, so I have to work that into the next chapter.

The Green Fairy fluttered to one of the two perpetual motion machines.  The glass dome filled with green fog.  After a moment the haze cleared.  A blurry figure lurched and bobbed.  When it came into focus I saw that it was the hydrofoil!  I saw the big chimpanzee jumping around and the woman who commanded that small group.