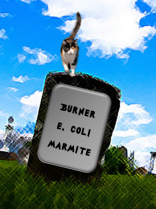 I hope I haven’t kept you waiting too long for the next installment of the Three Ingredients Serial.  The “ingredients” for Episode 7 are from Spock’s Sister.  She’s an extraordinary mix of creative and scientific knowledge — so these ingredients are far from ordinary!  Working them into our culinary mystery was great fun.

However, I hope she’ll forgive me for tampering with her ingredients.  She sent “microscope,” and I failed to find a way to make it food-related (but at least I added it to the mix last time in Episode-6).  Since I used one ingredient early, I’m throwing in an additional “science-food” related ingredient with Bunsen burner — letting “burner” be one of the ingredients I used for this episode, in place of microscope.

Remember, the food-related ingredients you send to me inspire each part of the story.  You’re welcome to leave your own three ingredients in a comment.

Doc Vale’s jalopy puttered outside Granny Fanny’s cottage.  I ran out to the car to save him the trouble of

coming to the door.  (Besides, Granny was chasing Cracker the parrot with her broom again.  Last time I saw the bird, Cracker was flying through the kitchen with a pair of Granny’s undies in her beak.  I took the excuse to beat a hasty retreat!)  Anyhow, the doc’s wife, Veronica had invited me to spend the day and offered to teach me about some of the scientific things she used in her work.  Their place was just west of Savannah.  They had built an animal hospital next to their home, as well as a facility for horses and other large animals.

“I hope I didn’t put you out of your way, Doc,” I told the veterinarian, feeling a twinge of guilt at being chauffeured.

“Not at all Paisley,” he began and I drew breath to beg him to call me Pip.  But I let it go.  I hated to correct anybody who was that nice.  Vincent Vale seemed to have a very… proper manner about him and tended to address everyone by their given name, rather than any nickname.

“Actually, Mrs. Peabody’s cottage was right on my way home.  I’ve just come from a meeting with Detective Daniels.  He received permission for Veronica to do an autopsy on the unfortunate man who died at the Bijou theatre,” Doc Vale informed me.

I knew Veronica would be delighted to put her medical research skills to work on the mystery of how the man died, so I was pleased for her.  Then another idea struck me — an unpleasant one.  “Applesauce!” I exclaimed in horror. “She doesn’t mean for me to help her with that does she?  I was excited to learn about the kind of work she did in

London, but I don’t think I could watch anybody dissect a dead person!”

The doc chuckled.  “Relax Paisley,” he said reassuringly.  “They won’t bring the body until later today.  There will be plenty of time for Veronica to show you her lab.  You certainly would not be expected to observe the autopsy, unless you just wanted to do so.  Veronica said you could come again whenever you want, since this came up unexpectedly and might cut your visit short.

When we walked into the kitchen I could smell tea brewing, but I didn’t see a teakettle.  Vincent smiled and shook his head.  “She’s brewing tea in her laboratory again.  She’d have a fit if anyone else did that.  I’ll make a little snack for us.  Have you ever tasted marmite?” he asked picking up a jar containing something dark.  When I looked at the jar skeptically he said, “Folks either love marmite or they hate it, so don’t feel like you have to eat it. Veronica got a taste for it

when she lived in London, and I guess you could say she infected me with it too.  I’ll fix some for all of us and bring it back in a jiffy.  Veronica’s back there,” he said motioning to a door.

I walked into the large pristine room Veronica used as a laboratory and found her using a blue flame to heat a glass container. After greeting me warmly she explained laughing.  “Oh, when I was young I had these specially made on a whim,” she said indicating the odd container and cups.  “I thought it would be fun to use the Bunsen burner to make tea!  After all these years I still get a kick out of it.” 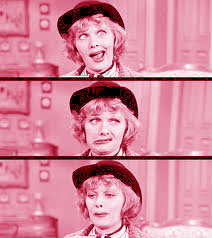 Her husband came in with toast spread with that dark… whatever it was.  Horse feathers! I was expecting it to be some kind of jam, but it was salty.  I nearly dropped my plate and it took all my self-control not to spit it out.  I made an awful face despite myself, but Veronica just laughed.  With encouragement from both the Vales, I tried a little more, and it seemed to grow on me.

It seemed like I hadn’t been there any time at all when Detective Daniels arrived with two other men rolling a gurney.  Holy Hannah, they had brought the corpse.  I don’t know why I reacted at all, because I realized they were coming.  But knowing what was about to happen gave me the heebie jeebies.

I watched in surprise as the Daniels deputized Veronica Vale.  The copper told me that he wanted to make sure whatever Veronica discovered would be admissible in court.  “Ah-ha,” I thought.  I just knew the detective had been keeping something from me about the dead man.  He must have a pretty strong hunch of one kind or another.

As I looked on in fascination, Veronica pulled the cover back from the body.  She pinched his skin then looked at the underside of his eyelids, poked, sniffed and examined the body before she ever moved to pick up a surgical instrument.

She looked up at the detective.  “It may or may not have been what killed him,” she said with a concerned expression.  “But I expect we will find that this poor man suffered from severe effects of E. coli.  Did you bring his shoes, as I asked?”

Detective Daniels nodded and removed the shoes from a sack.  Some of the cilantro still clung to the soles.  Veronica picked up a shoe and looked closely at the sole, and then sniffed of it.  “That’s cow manure.  I hope we don’t have an E. coli contaminated dairy farm somewhere.”

Daniels groaned.  He started writing in the tiny notebook he carried.  Ripping out two sheets, he turned to the men who had brought the gurney.  “Head out to these addresses and see if you find any sick people or animals.  I’ve got a hunch Doctor Vale is right,” he told them.  “This could be serious.”

Okay… I know this is not marmite — but reading about that “love it or hate it” spread made me think of the Lucy skit and I couldn’t resist.  Enjoy!

1 teaspoon Marmite   (or more to taste)

1.  Cook the spaghetti in plenty of boiling salted water, according to the packet instructions.

2.  When the pasta is almost cooked, melt the butter in a small saucepan and add the Marmite and 1 tablespoon of the pasta water, mixing thoroughly to dissolve.  Reserve ½ cup of pasta water; then drain the pasta and pour the Marmite/Vegemite mixture over the drained spaghetti, adding a little reserved pasta water to amalgamate if required. Serve with plenty of grated Parmesan cheese.

For vegetarians replace the Parmesan cheese with a vegetarian alternative.

Oh what the heck… Here’s a bonus video.

Video: How to Light a Bunsen Burner