You’ve reached The Armadillo Files.  Stand by for zaniness.

The kind of spontaneous storytelling I do with my blog serials can lead to paradoxical problems — especially when you’re writing at break-neck speed, the way I’ve had to do The Armadillo Files.  I accidently dug that kind of hole for myself when I brought in Henry Apesly’s predicament with Sally Bowen.  After I posted that episode, I realized that I can’t save both Fang and Marie Browning.  However, I there’s no going back, after I’ve posted a chapter.  So what to do?  How do I write my way out of this one?

The answer is, that it takes a lot of explaining — and that is what happens in today’s chapter.  There’s no action, and a lot of dialogue explaining the conundrum.  I hope I don’t lose you along the way. 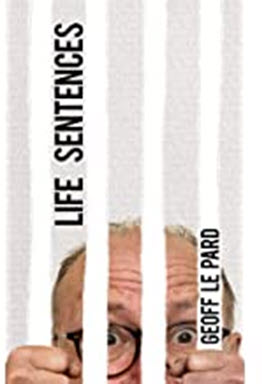 Even though I had a lot of explaining to do, I still used three things.  This time they are from Geoff Le Pard. — Gazebo, The Thoughts of Mao, and risqué limerick.  Yes, Geoff also supplied the limerick!  Read on, for that fun.

When Fang started to fade in and out of existence TROLLEY and the feline pilots left Fang and Dilly in a barn outside Martinsburg, West Virginia, shortly after the Great Railroad Strike.  There they met Henry Apesly, another operative, but Henry is stuck in mid-transformation between chimpanzee and human.  You can find all the past chapters by going to the categories on the right side of the screen.  Click on Armadillo Files.

Trying to hide a concerned glance at Fang, he led us out of the barn and to a gazebo.  It was behind the rambling house, which I had not been able to see from the barn window.  I asked Henry if the property belonged to him.  He nodded and grunted before answering.

“Yeah.  I was going to quit Prime and settle down here with Sally Bowen,” Henry replied as we helped Fang up the few stairs to the gazebo.

Maybe it was nosey of me, but I noticed a hinge on one of the benches.  While Fang was talking to Henry, I lifted the lid to see what was inside.  I found a pipe, a tobacco pouch, and a little red book.  Thinking it might be nice to have something to read, I took out the book.  It had an unexpected title, “The Thoughts of Mao.”

“Do you study communism?” I asked Henry.

“That’s contraband!” Fang remarked with a smirk.  “It hasn’t been published yet.  At least not here.”

“Shut your trap, Pinkerton.  You’ve got more contraband than any operative.  You and your instant freeze-dried coffee,” Apesly growled before turning to me.  “Ma’am, I’m not a communist.  I picked it up as research for my first mission.  It’s a souvenir.  Besides… I like some of the quotes.”

“What else does he have in there?” Fang asked, leaning to riffle through the mementos.  “Henry!  This is definitely from the future.  You know this guy’s going to be famous for his humor.  You devil!  You got a risqué limerick written by Geoff Le Pard.  Let me read it!”

Far be it from me to understand the alien technology, or the intricacies of time travel, but one thing seemed clear to me.  We needed to get back farther in time, to a point before any of the things Apesly described had happened.  I stated as much.

Tatu Pinkerton only gave me a despondent look.  Henry’s face was no less expressive for being mostly chimpanzee.  He looked horrified.

“No!” the part-ape part-man shrieked and began rolling on the floor.  “You can’t make me choose between saving Sally and Pinkerton.  I mean the other Pinkerton.  Or either of them!” Henry growled, frustrated.  “Even if I tried, I don’t think I would be able to stop myself from pulling her out of the way of that bullet.”

“His first name was Allan — the other Pinkerton.  It’s alright, Henry.  I understand,” Fang assured the other operative, though his voice vacillated as another wave of the transparent thinness went over him.

I gulped, more worried about Fang than anything else.  Henry took off his hat and patted the top of his head with one hand and rubbed his stomach with the other.  My godfather, Arturo was the only person I could remember who had been able to do that little trick.  However, Apesly’s expression made me think it was something he did to focus his thought process.

“There are three of us,” Henry began, but stared uncertainly at Fang.  “Well mostly there are three of us.  I think we’d better get a wiggle on while we are still three.  Hold on Tatu — stick with us.  Anywho, maybe between us we could save both of them.”

“The street and sidewalks were crowded, didn’t you say?” Fang confirmed weakly, and Henry grunted an affirmative.

“Then even if we manage to get Sally Bowen and Allan Pinkerton out of harm’s way, that bullet will still hit somebody,” I commented.

“And the timeline will still be altered,” Henry grumbled dejectedly.

“So, we would have to go back farther,” I went on with my train of thought.  “That tintype of Sally looks just like Marie Browning, whose name disappeared from the employee list after she went missing.  I think Sally Bowen must be her ancestor.”

“Marie’s disappearance is part of the timeline waste flow problem that TROLLEY detected?” Fang began slowly, looking like he was thinking hard.  “Maybe it’s that rather than a foreign power trying to interfere with the Calutron Girls and by doing so, alter the outcome of World War II?” his voice picked up speed as his critical thinking process continued.

“Or!” Fang’s voice became excited.  “Maybe it is all connected.  Granted, it would be a convoluted and devious plan, and maybe Henry was just an innocent bystander who got pulled into it.  But what if someone is trying to remove enough of the Calutron Girls from the timeline that it slows down the Manhattan Project enough to change the results of the war?”

“Sally always said she wanted a dozen kids,” Henry stated.  “Most of the Calutron Girls came from the same part of the state of Tennessee.  It’s possible that several of them could have Sally as a common ancestress.  Even if she was just a distant cousin, removing her from the timeline could alter what children were born to those families… whether they were girls or boys, or if they were born at all…” Henry’s voice trailed away.

“That does seem farfetched,” I murmured.  “It probably wouldn’t completely solve the missing girls, but it might be a start.  But my main concern is you,” I added, turning to Fang.

“Maybe we could go back and try to influence Sally so that she doesn’t reject Henry,” Fang speculated, but I shook my head.

“I doubt that we could change her mind.  Not if she was that revolted by his transformation.  Sorry, Henry, no offence intended,” I started.  “I think this problem begins with who or what botched Henry’s transformation, leaving him stuck somewhere between chimp and human.  That’s where, um when we need to go.  But the big problem is how do we get there?”

“We don’t have another time machine… do we?” both Henry and Fang shook their heads.  “And we can’t just summon the feline pilots,” I continued my problematic line of reasoning, remembering the words of the artificial intelligence when the cats dropped us off.

There is also a transponder attached to a garter.  Keep it with you at all times,” TROLLEY went on.  “Activate it when the mission is complete — or if operative Pinkerton ceases to exist, and the physical support auxiliary pilots will return for you.

Henry looked confused.  He patted his head and rubbed his stomach again.  His expression changed as comprehension dawned.  I however, had no such epiphany.

“That’s almost where we started from in Oak Ridge.  Why Sweetwater?” I asked.

“The Time Manatees!” Fang and Henry chimed in unison.

“The Thoughts of Mao” is also known as The Selected Works of Mao Tse-Tung, Volume I, From Wikipedia:  The first volume of the Selected Works included a total of 17 articles ranging from 1925 until the outbreak of the War of Resistance Against Japan.  It was published in October 1951.

It looks like they’re headed back to Tennessee, but who knows when!  Tune in for more next weekend.  Hugs on the wing!

Please remember that this is my sanctuary — a place for all of us to be safe and away from political and religious commentary.  Kindly keep that in mind with your comments. 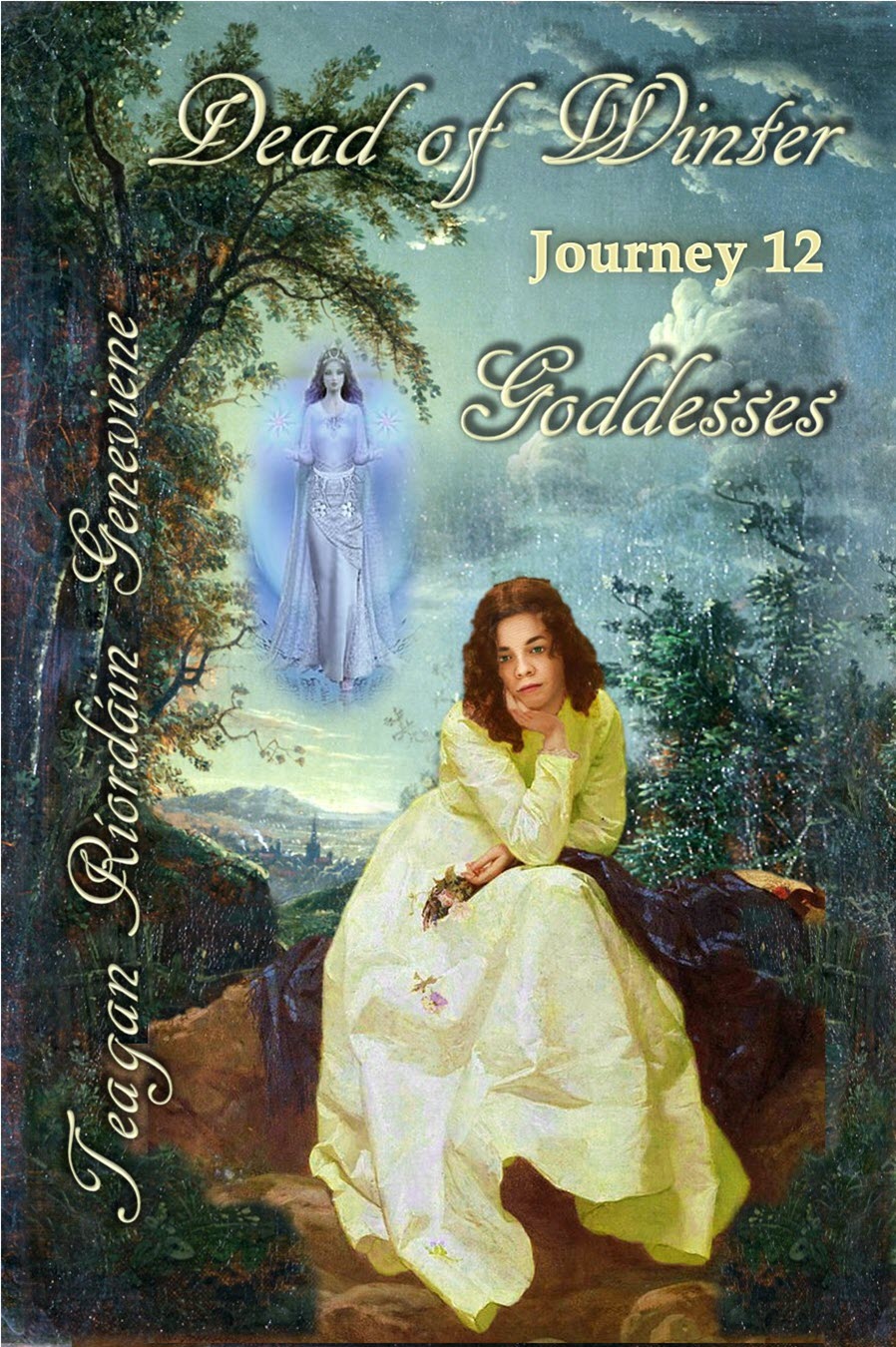