Fly your imagination to new heights! 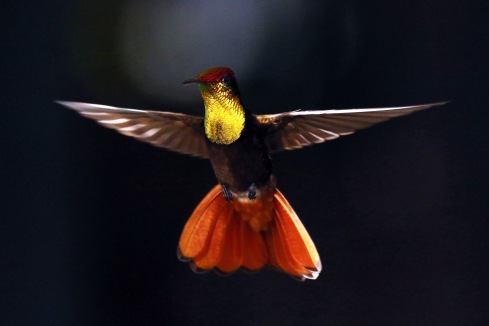 Perception is a strange beast.  We all see things through our own “filters,” which means they probably look different to us than they appear to the rest of the world.  My perception of holidays is different because of my unique situation.

While Thistledown — Midsummer Bedlam is not exactly a holiday story, I connect it the holiday season. I published it about a year ago.  Lately I’ve been sharing character images from the story on Facebook.  As I was doing that, I realized that my perception of how the story looked would be unlike the way anyone else would see a tale of faeries.

My book cover looked exactly like the heroine, Bedlam Thunder, was in my mind.  Although I realized no one else was likely to see her, or Thistledown in my unusual way.  So, I made a new cover.

For those of you who weren’t around when it was a serial, Thistledown is a wildly whimsical tale of faeries.  However, lest you think you’re too old for that stuff, it also has a dark side.

My readers used a “find your faery name” chart to create names for most of the characters. Although I came up with some of the names myself, and a couple of people already had their own faery names.  Those names served the same purpose of inspiring the story as my “three things” method of storytelling.

Please allow me to introduce Bedlam Thunder.  She is a young misfit faery in the land of Thistledown.  She doesn’t fly very well at all.  She’s even afraid of heights!  Although, the most difficult thing for Bedlam is that she is a seer.  Bedlam doesn’t get happy fun visions that a faery fortune teller should see.  Instead, her visions are horrific.  Those visions put Bedlam and her friends on a quest to save their world.

Thistledown ― Midsummer Bedlam, by Teagan Ríordáin Geneviene is a wildly whimsical tale of faeries. It was originally written for a grownup audience, but it is suitable for children ages eight and over.

Thistledown is a world of color and light. It has faeries, hummingbirds, and ancient books of magic. Bedlam’s visions begin to show her a parallel world devoid of color and brightness. The hate and darkness of that colorless world seeps into Thistledown. Will Bedlam and her friends be able to save their home?

Thistledown ― Midsummer Bedlam, with its radiant creatures and faeries will lift your imagination to new heights.

These links should work to redirect you, no matter what country.

For the anti-Amazon among us, I’ve uploaded the book to Kobo. They say it’s available, but it doesn’t show up on my searches, and neither do I as an author… I can’t say I’m happy with my two experiences with them.

To avoid confusion, this is the old cover.  Same story, new cover.

Hugs on the wing!