Welcome back to Jazz Age Wednesdays.  I planned to do a cover reveal today, but something came up to take me out of the blogosphere for a day.  So instead, I’m sharing a short story I wrote two years ago.

Back then one of author John W. Howell‘s hilarious lists of what not to do gave me the “things” for this story.  Those random things for this pantser story were Counterfeiting, Time, and Hollywood.

This is a “hump day” rerun of a short adventure with our flapper, Pip.  She’s at the Bijou Theatre, and things get weird…

In the Pip of Time

“Aelita, Queen of Mars” was playing at the Bijou Theatre.  I was brand new in town and my pal Alastair Wong invited me to go to the show with a group of his friends.  However, the friends cancelled.

To my surprise, Granny Phanny and Dr. Veronica Vale took the tickets.  At first I couldn’t understand why they would want to see a science fiction film about a soldier, an inventor, and a police informant taking the first flight to Mars.

Veronica reminded Alastair and me that she and Granny had been, and basically would always be suffragettes.  They encouraged films with strong female characters.  Of course, in this story, Aelita is not what she at first seemed and things end badly for her.  Nonetheless she was a strong character and the two older women wanted to see the show.

Afterward, Granny and Veronica were still animatedly discussing the story as we walked out of the Bijou.  Alastair and I were fascinated by the Hollywood “movie magic” that created the Martian city and the spaceship.  As you might expect, our discussion was more whimsical than that of the older generation.

“What if somebody from Mars came here?” Alastair pondered.

I always got a kick out of Alastair’s mildly British accent.  So I was already smiling when I told him Martians would have a tough time fitting in with humans.  It was doubtful that anybody would think they were the bee’s knees!

A man wearing a bizarre metal hat and strange clothes burst out of the theater.  He tried to close a fancy briefcase as he ran.  Several bills flew out of it.  He grabbed most of them, but I noticed the breeze took one over to a planter.  The man just kept running until he rounded the corner of the Bijou.

Out of curiosity, Alastair and I followed him to the dead end alley behind the theater.  We backed against the wall, when a moment later a woman ran after him.  She had pointy cone shaped things over her ears.  Though no one was with her, she spoke as if in conversation with someone.  She held something that must have been a large gun, although it didn’t look quite like any shooter I’d ever seen.  She pointed it at the man and yelled for him to stop.

Then she fired the gun — I think.  At least she pointed it and seemed to shoot it, but I didn’t see it do anything.  However, the trash can six feet ahead of the guy exploded.  He looked at her fearfully, but he kept running.  So she threw a whirling thingamajig at his feet, causing him to fall.

The woman jumped on him, with her knee in his back, pinning him to the ground.  She muttered something about “low-life securities thief.”  He grunted at the pressure from her knee.

Then she spotted Alastair and me.  We shrank further against the wall.  The odd gun looked even bigger when she pointed it at us.  That bearcat had a fierce glare, I can tell you.  To my astonishment she abruptly started laughing. 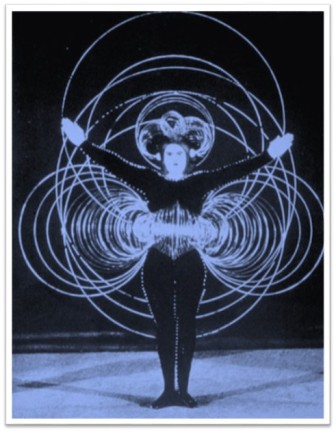 “I could warn you not to tell anyone what you just saw,” she stopped chortling long enough to say.  “But if you did, they’d think you were insane.”

Still chuckling, she touched one of the pointy cones that covered her ears.  She and the man disappeared into thin air!  It was as if they had never been there at all — except for the exploded remains of the trash can.

Alastair and I exchanged wide eyed looks, speechless.  He made an obviously uncomfortable attempt at laughing.

“Those Hollywood types.  They’ll do anything to promote a film.”

“But there was nobody to see that but us,” I managed to say, though it was more of a squeak.  “It wouldn’t be much of a promo.”

I headed back around the corner, remembering the paper that fell out of the odd man’s briefcase.  The man had missed one and I saw it land in a planter.  I plucked it out of the greenery.

“That looks like mazuma,” Alastair whispered.  “Cash money!  But it’s not any currency I’ve ever seen.  Maybe it’s counterfeit.”

Inspecting it closely I nodded and turned the paper over to read both sides.  “It says ‘Federal Reserve Note’ but you’re right.  It must be counterfeit.  It’s odd looking, but even if it was from some other country, they’ve got the date wrong.  It says 2419.  As if maybe somebody transposed the date.”

Alastair and I continued to stare at one another.  Now and then one or the other of us would take a breath, start to say something, and then shrug mutely.

Finally I summoned the only words I could.  “I wouldn’t mind getting spifflicated about now.” 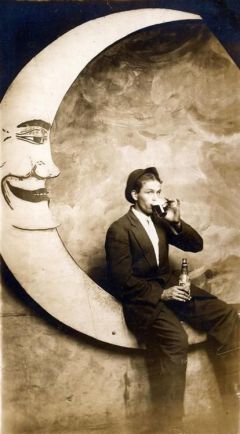 Sheiks and Shebas, I’m not sure if I will get to comments tonight, but I will back to blog-land by Thursday.  Please leave a comment. I love hearing from you.  You’re the berries! 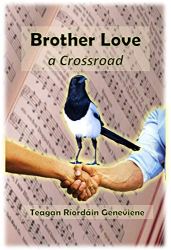 57 thoughts on “Jazz Age Wednesdays — In the Pip of Time”