When I was ready to publish Atonement in Bloom, blogger extraordinaire Dan Antion did the first ever (as far as we know) fictional Thursday Doors post.  He used doors and buildings from his part of the country that made him think of my quirky fantasy town in Tennessee.

Recently, with the photos Dan posted for Thursday Doors, he shared more of the images he considered for that Atonement promo post. Among those photos was an old barn that reminded me of a scene from Atonement in Bloom.  Dan gave me permission to use it here.  So, I decided to share another snippet from my latest novel. 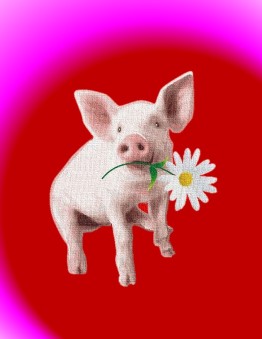 Based on my blog posts, anyone might think my Atonement novels are all about animals.  However, the core of the story is an everyday person whose plate is full with a real world that suddenly seemed full of supernaturals.  The critters are just a side-dish of whimsy.  Their parts are also easier to share in blog posts.  That said, here’s a new excerpt featuring Lilith, the calico cat.  She’s an ordinary cat… but all cats are extraordinary.

Setup.  Lilith got a little too adventurous, sniffing out a magical beast.  Frightened, as any sensible feline would be, she jumped to the nearest hiding spot.  Unfortunately, that spot was the open back of the Fae’s Flowers van.  Soon Gwydion got behind the wheel and the van cruised down the road.  Lilith was so rattled from the magic she had witnessed, that she was afraid to make her presence known.  Besides, Gwydion sounded really angry. Finally the van stopped.

There were a few cows nearby.  Lilith couldn’t see them but her ears and nose told her about them.  The barn had faded red paint, but it was built on a stone foundation and it had a bright tin roof, so it looked dry and safe.

The calico wondered if she should get out of the van since it had finally stopped.  Maybe she should go to the safe looking barn.  Lilith didn’t like being in the van, but she knew nothing about where she was, except that it would be a very long trot to get home.  Esmeralda would be most upset with her by the time she finally got there… probably sometime the next evening.

She heard Gwydion arguing with men inside the barn.

Lilith heard Gwydion’s voice clearly.  It seemed unlike him to be harsh, especially not so often.  She missed his lilting flirty voice and wondered what had become of that side of him.  If Gwydion had become so hateful, perhaps she didn’t want to be in the van with him again.

She swished her tail in indecision.  Just as she was about to jump, Lilith became aware that she wasn’t alone.  The old woman stepped up beside her.

“Hello little heart.  This is a surprise!  You truly are the inquisitive one, aren’t you, to come all the way out here?” Beira the Crone said, and her long lapis-blue braid swung as she leaned down to scratch the cat’s cheek.

In the sunlight her complexion didn’t look quite so blue, just very pale.

“Never you mind that hotheaded fae.  I’ll see you home.  I have to visit your Sunhold anyway,” she said.

That was when Lilith saw the awful mirror.  She had thought never to see it again.  Lilith hissed and arched her back, hackles rising.

“Now, now.  There’s no need to be that way.  It’s not an evil thing, you know.  It just shows the truth… in one way or another,” Beira said reasonably.  “Well… I have to admit that it can be cryptic and even mischievous, but it’s not altogether malevolent,” the old woman said of the Mirror of Truth and Justice Most Poetic.

The calico wondered why anyone would want the nasty mirror.  She meowed her disapproval at Beira.  Cailleach Bheur seemed to understand.

The old woman’s eyes narrowed as she paused for thought.  Beira made a tsk sound.

“Taking the mirror from Gwydion will be a small beginning toward settling his debt,” she said.

The comment sounded vengeful to Lilith’s ears.  She tilted her head as she regarded Beira.  The old woman relaxed visibly, seeming to put aside her unkind thoughts.

“Calm yourself and come with me,” she said stroking the calico’s soft fur.  “If it makes you feel better, I’ll get you home so quickly that Esmeralda will never realize you’ve been gone.”

“What do you mean it’s gone?” Gwydon’s irate voice was easily audible.

Beira’s promise, combined with a crash from within the barn and another furious yell from Gwydion was all the persuasion she needed.  Lilith leapt into Beira’s arms.

Ah yes, that naughty mirror from “Atonement, Tennessee” came back for a cameo in “Atonement in Bloom,” although its part wasn’t as large.  I expect it will show up again in book three.

I hope you enjoyed this little detour.  Join me at the station on Wednesday for the next Hidebound Hump Day.  We’ll catch the #SteamPunk train for Copper, the Alchemist, and the Woman in Trousers with Chapter 21. The random “things” driving that episode are Moustache Cup, Apricot Charlotte, Mangle.

I’ll be looking for you at the station.  Mega hugs!

Update:  I love your comments. Forgive me if my replies are short.  This morning I cut two fingers. I’m fine, but the bandages make typing ridiculously difficult.