Welcome back, everyone.  I’m muddling through with a brief post this time, continuing this “character study” series.

But first, a BFF Update… Crystal had the huge growth removed last week. She bounced back in amazing form, regaining her appetite and personality.  Meanwhile we awaited the test results for what couldn’t be seen.

As with every detail of this experience, anything good is counterbalanced by something bad. The growth was cancerous.  Dr. Villar removed everything, but cautioned that “Cancer never sleeps.”  So I have to watch carefully from now on.  (I’m always waiting for the other shoe to drop, so nothing has changed there.)

It’s good that it was the kind of growth it was (how it was positioned)… but bad because it was in a place where that doesn’t usually happen.  Making him wonder if it wouldn’t appear somewhere else.  So my anxiety level has only improved a little.  Meanwhile, as long as Crystal is feeling good and happy, I try to take one day at a time.

A few people have said they don’t see the darkness in this story, and I agree… on the surface at least. Yet knowing the full story, I also know the darkness in which the seeds were sewed.  When I began this, the story that keeps coming back, demanding to be told… though I just don’t seem able to do the telling — my intention was to go all the way back and show the characters where the darkness took root.  Hence the Depression Era setting.

I also wanted to show the life changing effect of that darkness on the people around them, even people who were not yet born, generations to come.

However, the depth of that light-less place is too much for me.  It’s too hard to swim to the surface, once immersed.  I don’t think I’ll be able to tell the story past the 1930s where the seeds took root.

That said, I have a couple more “studies” in the Great Depression that I can share.  This one is short.  It’s from Mattie’s point of view. 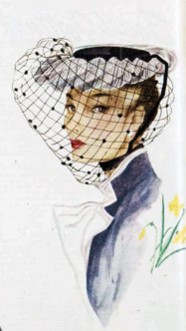 Mattie Hardy and Frank Cutter were pronounced man and wife in the Runner County courthouse by the justice of the peace.

Some folks said a man wouldn’t have proper commitment or fidelity to the marriage without a church ceremony.  However, Mattie couldn’t bear the thought of that preacher’s wife having a hand in things.  As soon as Betty Sharp mentioned having a veil Mattie could use, she decided the justice of the peace would marry her and Frank.

Besides, Mattie had quickly learned how to control Frank.

As she grew from young girl to teenager Mattie figured out how to “make” people like her.  That usually involved whispering tales from one person to another or other tricks of words.  She arranged situations to suit herself.  Manipulating Frank was a piece of cake.

She even had old man Cutter on her side most times, and he was a crafty old codger, despite his fondness for whiskey.  Mattie reminded herself that despite what the preacher said, there was a big difference between enjoying a drink of whiskey and being a drunkard.  He was probably smarter than he looked.  She thought she’d better be mindful of the old Cherokee.

They handed paperwork to the clerk.  While they waited for the judge Mattie tucked her hand in the crook of Frank’s elbow, the way gentlemen and ladies did in films.

She imagined the future.  She would tell him that she wanted to get a job, pretending she wanted to contribute to the finances, but Frank would forbid her to get a job, for the sake of his male pride.  She’d never seen him act that way, but she was sure, just the same.

After long enough that no one could gossip that it had been a shotgun wedding, she’d get pregnant.  They’d have two children, a boy to bring in money, and a girl to do the chores and help with cooking…  And none of it involved living in that wretched shack on that barren ridge.

Mattie adjusted the pillbox hat she wore in the reflection from the windowpane.  It was decorated with a bit of netting that she pulled down over her face.  Frank playfully lifted it up to kiss her.

They didn’t have a honeymoon.  Such things were foolishness for rich people.  Frank prudently put that money toward a house.  However, they didn’t have the house yet.  Clarence and Ben were happy to have them stay on the ridge with them, until the newlyweds could get a house.

Six months after the civil ceremony, Mattie still had not escaped from the shack on the dirt covered ridge… but she would.

On a brighter note…

I rarely do birthday shout-outs, but I know two with such a close proximity to my own that I can’t resist.  Belated wishes for a wonderful birthday to Mary J. McCoy-Dressel!  Happy birthday to Christoph Fischer!  Many happy returns to you both.

Mega hugs all around,