Not really an update but…

It has happened to me a number of times…  I pressured and forced myself to say nothing.  What hurts me is of no consequence.  The one lesson my parents hammered into my soul is that I do not matter.  And in the grand scheme of things, that is true.  So after a little time, I felt good about being silent when well-meant words tore at my heart.

People have the best intentions.  They don’t think before they speak.  They want to share their enlightenment.  Their hearts are in the right place, so I don’t want to say anything that might hurt their feelings, no matter that my heart has been torn out.

Then I saw my own selfishness in wanting to protect them.  It’s important to me that I’m not hurtful.  So I remain silent when unthinking words nearly send me over the ledge on which I so precariously teeter.  However, I’m selfish because that does not consider what their words might do to someone else.

“If most people said what they were thinking, they’d be speechless…”
Earl Nightingale

So if anyone is ever moved to share the insight that a person’s stress is causing (or making worse) the illness of someone that person loves.  For pity’s sake — think about how harmful those words are.  How could that possibly help or lessen the stress?  Someone else might go ahead and step off that ledge.

I regret making this post earlier today, but it’s done. 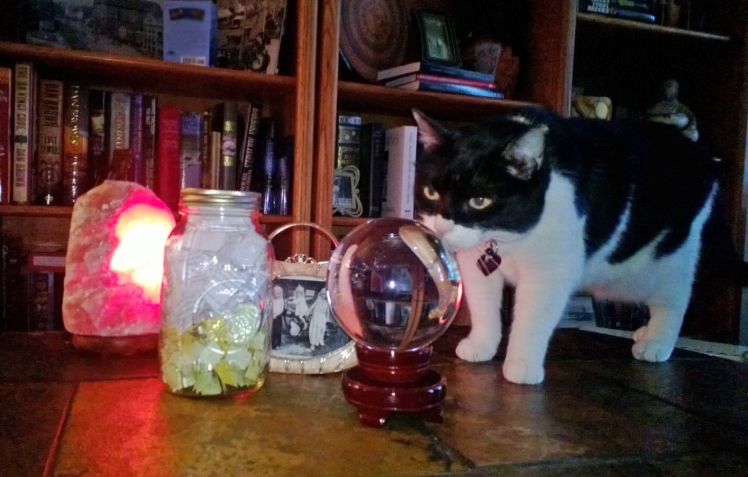 My BFF isn’t doing well.  I’m not handling it well.  She’s had Inflammatory Bowel Disease almost ever since we moved here in late 2008.  (Chalk up another bad decision — that one has plenty of company, and the chalks are worn down to nubs.) Crystal is all I have left.  So I’ll be away for awhile.