What’s in a Name?

What do you think about names – generally?  Or do you think about them? Most people don’t.  I however, could really enjoy a big metaphysical discussion about names, but that’s not where I’m headed here.  When I started this blog, I promised myself I’d stick to things related to writing or my books.

Names are incredibly important in life and in fiction.  The names of my pets were something I chose very carefully, to suit them.

I’m just as meticulous in choosing the names of my characters.  The right name can pull you into the mystery of the story, or lend a dramatic tone.  When I write a classic type of fantasy, I go all out – researching name meanings and origins, and making sure they fit the traits of the character.

For stories located in the real world (fantasy or not), such as Atonement, Tennessee, I don’t always go to such lengths.  Even so, each name speaks strongly to me about the who, what, and where of the character.  Right now, I’m showing installments of my novel The Guitar Mancer at my blog. The name-meaning of the heroine is carefully interwoven into the story. 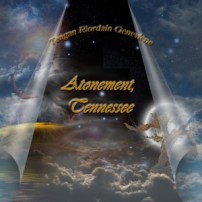 There are a lot of cool sites about names and their meanings and origins.  Yeah, I know — I’m a total research geek… but check out a few of the websites sometime. You already know that you can find an Internet site for just about anything.  There are sites that list names of various myth figures, gods and goddesses, and summaries of the myths.  Also, I’m sure you’ve seen at least one of the “baby name” sites.  I even found one that list names by their popularity, by state, per year.  It’s actually a cool resource if you want to find a character name that’s typical, or common for a given area and time, to help enhance the story in a subtle way.

I’ve used so many of these sites, I won’t try to list them all here.  However, I liked this one (below), and thought it was general enough for other people to find it interesting.  It’s divided by state.  For the most recent years it lists names for each year, but if you scroll down it gives an average over a five-year range. I liked that because it gave me a wide-ranging picture of what characters might populate my story.  I used it for Atonement, Tennessee since the research for that National Novel Writing Month (NaNoWriMo) novel had to be done in such a hurry. http://pregnancy.about.com/od/localbabynames/a/statebabynames.htm

Okay, now I’m putting you to work.  It’s time for a quick imagining of a story.  Pick a state for the setting.  Then choose the average age for most of the people there (even go to a “city data” page if you want to get the mean age in your chosen location), and figure out in what year they would have been born.  Then click on the closest year listed.  Now look at those names and tell me what images came to your mind.  What did you see?  Didn’t you see a group of people when you looked at the names?  What were they doing?  Where did they go when they headed out their separate ways?